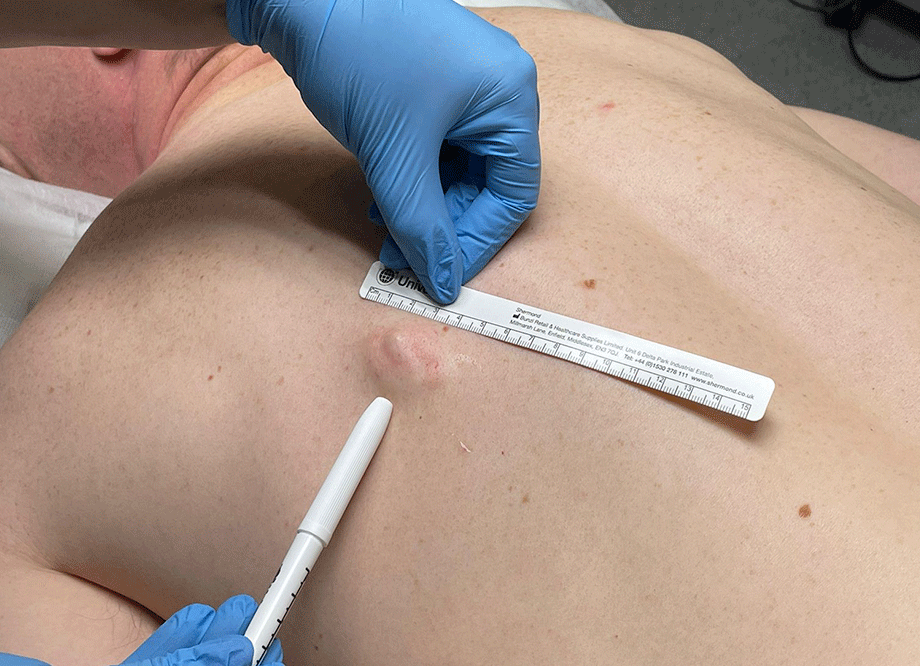 Sebaceous cysts, lipomas and other lumps or bumps in the skin, while not dangerous, can make people feel self-conscious enough that they’d like to get them removed. These lumps are formed of either dead skin cells or fatty deposits and, because these lumps do not present a threat to health, they aren’t removable under the NHS.
Cysts are harmless bumps which appear under the skin where a sac forms and fills with dead skin cells and oil called sebum which appear as a cheese-like material. The entire sac needs to be removed or they are likely to reoccur so we offer the very minor surgery required to get rid of the cyst for good. Medically they are known as ‘sebaceous cysts’.
Lipomas are also harmless but are generally formed of fatty tissue which can feel either soft, firm or squishy. Like cysts, they will not go away without surgery so we are able to offer this very safe effective procedure to remove them.
A dermatofibroma is the name we give to a common and harmless knot of fibrous tissue which occurs in the skin. Dermatofibromas are firm bumps which feel like small rubbery buttons lying just under the surface of the skin.

This very minor surgical procedure is carried out by Dr Sarah Jenkins who is a very skilled surgeon with a great deal of experience in this area. She will give you a thorough consultation to assess you and explain what you can expect from this procedure. At your next appointment, Dr Jenkins will perform the surgery, give you aftercare advice and offer you a final appointment to have the stitches removed.

Harmless lumps which are caused by either sebaceous cysts or lipomas can only be removed surgically as the entire mass causing the lump needs to be removed or they can reoccur. As such, our very experienced surgeon, Dr Sarah Jenkins, performs this procedure under a local anaesthetic. She makes a very small incision over the lump and removes either the sac, in the case of sebaceous cysts, or the fatty lump, in the case of lipomas, and then closes the incision with stitches. Once the wound is fully healed, she offers you another appointment to remove the stitches.

After an in-depth consultation and assessment with Dr Jenkins, where she will make sure this is the right procedure for you and talk you through what to expect, you will receive an appointment to have the surgery done. The procedure involves an injection of local anaesthetic before a very small incision over the lump which the cyst sac or lipoma fatty mass or dermatan fibroma is removed through. When it’s fully removed, Dr Jenkins uses stitches to close the wound which she will remove at a final appointment a few weeks later.

How long does it take?
The whole procedure generally takes between 20 and 45 minutes.

Will I need further treatment?
No. Once the cyst , dermatan fibroma or lipoma has been removed, it won’t reoccur but you will need a final appointment to have your stitches removed.

Does Sebaceous Cyst, Lipoma or Dermata Fibroma Removal hurt?
Because the surgery is performed with local anaesthetic, it doesn’t hurt while it is going on but it may be slightly sore afterwards.

What does my skin look like after surgery?
Once the surgery is complete and the incision fully healed with the stitches removed, most people will be left with a very small, thin white scar.

How safe is the procedure?
Dr Jenkins is very experienced in this sort of surgery so it is very safe. The only possible complication is an infection in the wound but this is rare.

What are the costs of Surgical Sebaceous Cyst and Lipoma Removal treatment?
Prices from £595 for small cysts, lipomas or dermata fibromas
Histology, if needed, is an extra £75

Stitches are removed after 7-10 days. Normal activities can be allowed after 1-2 days within reason. Aftercare advice will be provided by the surgeon.

7-10 days until the stitches are removed. It may take up to 2 to 3 weeks until completely healed.

Some soreness after the anaesthetic wears off

DISCLAIMER: We are all unique. This means that treatment plans, the results, down time and recovery following treatment will vary from patient to patient. The information we provide is based on the extensive experience we have gained from treating a wide variety of patients, both men and women of different ages and is based on an average treatment experience. For more accurate information about how the treatment experience would be for you, we suggest you make a CONSULTATION with Dr Strawford at one of our clinics.

What makes Skin Excellence Clinics so special and why should you choose to have your medical cosmetic treatment with us? 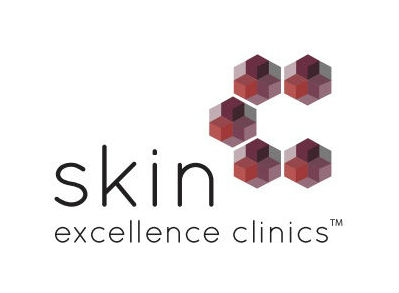